The orchestral dream is dead. The times in which young musicians could apply to the top-tier schools, work their butts off in a practice room for four years and have a reasonable shot at winning some sort of sustainable playing job is long gone. I'm not the first musician to write about this, nor will I be the last. But sadly, while the musical scene in the United States has changed to involve more of a portfolio career for the vast majority of musicians, the institutions that have trained musicians, by and large, have not prepared them for such a role.

If we're looking at the numbers alone, the odds of winning a position is astronomical. According to data collected by Datausa.io, 8,133 Music Performance Degrees were awarded in the United States in 2015. As of May of 2017, there are 8 members of the Regional Orchestra Players Association that pay over $25,000 base salary a year, with an additional 49 under other collective bargaining agreements with the AFM. That means there are 57 orchestras that one could theoretically find full-time employment with. Fifty-seven. That doesn't mean there are 57 positions open a year. That means there are 57 full-time jobs in that industry, that have maybe a few vacancies total per year. Needless to say, the odds aren't good with 8000+ bachelor's degrees in music being awarded every year, and that number continuing to grow.

That all being said, I believe that the orchestra itself is healthier today than it was 10 years ago. Institutions are starting to adapt to the changing demographics of their audiences, offering more events to attract a younger crowd. Recently we’ve seen traditional institutions producing less traditional music in less traditional spaces, such as the San Francisco Orchestra's Sound Box, the LA Philharmonic’s performances at the Hollywood Bowl, the hosting of Video Games Live and live film scores by various institutions, or new events such as the San Diego Symphony recently performing side-by-side with a big band curated by Gilbert Castellanos. Alongside that however, recording work continues to flee Los Angeles and the United States as a whole, to cheaper recording stages the across the world. This flight has caused a dramatic shrinking in the freelance scene. All the while, the cost of living continues to skyrocket in the major metro hubs. The institutions and the musicians that are employed by the large institutions such as the Los Angeles Philharmonic will be fine if they are currently adapting. Those that are not employed by such organizations, such as myself and the vast majority of my peers, are by necessity forced to break the mold of what it means to be a 'classical' musician.

The scene in Southern California is unsustainable for me and for most of my colleagues. No one speaks about it because it's seen as if we're not good enough, not talented enough, or not networked enough to really 'make it'. We're scraping by playing, teaching, working a day job, hoping that in an indeterminate amount of time we'll be offered a big break and we'll finally be able to live a comfortable life. We live in constant fear of not practicing enough and not being ready for when that break comes, and then wallowing in depression for weeks, barely touching our horns at all, the self-talk saying that the break will never come because everyone else is better than we are. And the cycle continues alternating between moments of intense manic motivation and the aforementioned lethargy.

This solution is simple, but certainly not easy. It requires the individual and institutional realization that there is a huge amount of space in the music industry for more than just tenured orchestra performers. We have the opportunity to be live-streaming artists and YouTube clinicians. Private instructors and ensemble founders. Arts administrators, music directors, arrangers, composers, and copyists. The problem in most of the training grounds today is that players are funneled into preparing for a job that they have little to no chance of winning, while totally neglecting all of the other possible jobs that are likely be a part of a successful music career. In performance degrees especially, we're trained to do only that- perform. If we're not going to summer festivals, winning mock auditions, and outplaying everyone else in our studios, we feel like failures. I certainly felt like that at UCLA for a long time, when in fact I was really taking advantage of building other necessary skills that are now, absolutely invaluable to me. I learned how to build organizations and manage people. I had significant forays into arranging and conducting, learned how to write marching band drill, taught privately in one of the richest areas of LA and did outreach in some of the poorest. All of these skills have translated into a part of my career today. The development of these skills need to be encouraged and taught to students. Faculty members need to be shepherding their students to pursue and develop music-related and music-adjacent skills, or else we risk adding to the problem. This is the only way to give the next generation of musicians a chance at making a stable career doing what they love. Let me be clear, some institutions such as the University of North Texas, and Lawrence Conservatory are doing a fantastic job at adapting to this change in paradigm. They are the beginnings of a total shift in the industry of training musicians. Some other institutions such as UC Los Angeles have started Music Industry programs that, while well-intentioned, I think miss the point. The skills taught are not some sort of ancillary set of skills that only apply to the recording industry, but ones that are essential for all musicians to pursue alongside becoming technical masters on their instruments.

Current or future music students, you need to take responsibility for this shift. School is almost always needed to get your foot in the door and hone your technical proficiency, but it will not, as of this moment, give you all the skills you need to succeed after you graduate. You need to learn how to develop your personal branding, effectively network, practice efficiently, and build websites. You need to be able to be a personable and effective instructor, manage yourself like a small business, learn how to build ensembles, and manage personal conflicts within those ensembles. At this juncture in the evolution of the industry, this is on you and no one else. Look at what interests you in the world beyond the orchestra, and pursue that with everything you have. Find out how to make it work on the way and don't let not being 'qualified' stop you. That is the only way you have a shot at making it happen. You'll most likely be wearing three or four or five hats, and it's a lot easier to build those skills now, than after you graduate. The institutions certainly need to change to teach these skills, but they will not change within your time frame. The skills you need to develop are your responsibility if you want to make it.

Los Angeles is a great example of what the modern musician needs to do to get by. Unlike the heydey of the recording era, there here is simply not enough work to perform for the vast majority of people who are theoretically qualified. We cannot bank on being prepared for the real world by simply being taught how to play excerpts as flawlessly as possible after the three months of the insistent and unyielding preparation it takes to even have a shot at advancing at an orchestral audition. We must be teaching, performing, organizing, and promoting, and we must be good at all of those things. The people who are making it already are, and you need to be as well. This is why the orchestral dream is dead, or rather, needs to die. By preparing thousands of qualified performers every year for a very narrow subset of positions within the music industry, the institutions that have worked so well in the last century at raising the bar of musical performance and preparation are failing at training musicians today. As anyone who has had any sort of foray into academia can tell you, progress at these institutions is oftentimes glacial at best, nor is there any guarantee that when or if they do change, the new model will reflect the actual skills needed to be a musician in the current climate. If we, as students, as professionals, as academics, and as performers fail to shift the dialogue, we will fail the next generation of musicians.

This is the new reality for anyone pursuing a music career, and it's time that we faced that. The skills that are needed to win an orchestra position are developed at the cost of excluding almost of all these other skills. It is a single-minded pursuit, and it is destructive for the vast majority of music students. We need to broaden our training and bring musical education into the 21st century. 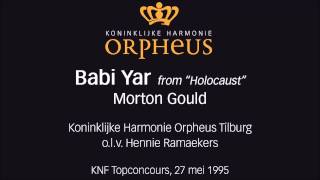 A Musical Response to Tragedy

Choosing the Right School - A Checklist

From Handpan to Hang Drum: An Interview With Stevan Morris, Founder of Hamsa Handpans